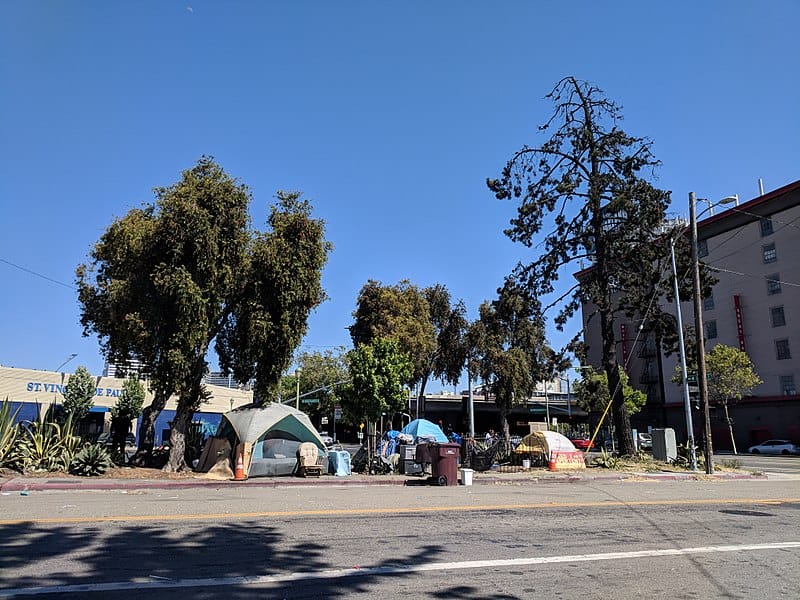 (This is a short editorial by Benjamin Gisin)

Recently in a trip to the Bay Area, we passed numerous tent cities of homeless people huddled in between the vegetation along freeways. A friend who just returned from a trip to Los Angeles expressed she was repulsed by the homelessness so prevalent in the area. Another friend, returning from a month’s vacation in Hawaii was besides herself relative to traffic congestion and homelessness.

Many metropolitan areas are awakening to the problem and rudimentary efforts at building affordable housing may help, but will they stem the tide? The most important things about living in a modern economy are to have employment at a living wage, feel needed and know that your job is secure. Has the homeless crisis been precipitated by an growing inability of modern economies to meet these needs for growing numbers of people?

What are the circumstance in business, commerce and finance limit the number of people that can be gainfully employed? Whatever they are, they define the current economic system, a system which the homelessness crises is at the forefront of challenging.

Working around the edges of a competitive economy is the growing trend in food banks to stabilize some 50 million food insecure. The food-banking network in America has over 50,000 outlets – compared to Walmart’s meager 4,700 outlets. Many new models in urban agriculture are non-profit in vision seeking only to feed and employ. Efforts at solving homelessness are more apt to unfold as a non-profit or subsidized venture than a non-subsidized for-profit venture.